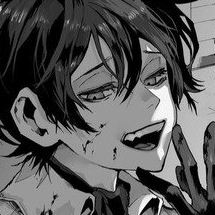 amnesia was her name
lemon demon

to be completed upon the end of january

my only friends on the eu datacenter of ffxiv moved to crystal today, and it's made me feel so conflicted. i really, really can't tell if i want to move. actually that's a lie- i'd move anyway, idc about the ping if i can be more social.

but my gf is reclusive, and they'd much rather have good ping since they're not nearly as social. i can't play on both, alts fucking suck in this game without huge monitary/time investment. i also really like housing, and housing seems kind of insane on there. i wouldn't lose my existing house, thankfully- but i'd certainly not be there as often to decorate it, not anymore.

i just hate the choice. i hope regional data center transferring will be a thing soon. if i could i'd happily live on another server, and transfer to eu when i craved good ping. i hate the choice between playing with literally every other friend or disrupting my gfs enjoyment of the game. i'm considering just taking a break from it completely- recently, just thinking about it just stresses me. that's the opposite of what i liked about the game.

i'll see, i suppose. it's just.. i don't like the feeling of not knowing what to do.

the question of how one excludes, without feeling mean, is something which plagues me.

picture this: you are an art gallery, looking for a new artist to display. someone comes up to you and asks to be in there, but their work is shakily drawn stickmen, with no meaning to it. the natural response is to reject it, right? it's wonderful that this stick man exists because it means someone is creating something, but it's nonetheless not the same kind of level as fine art.

what do you say to them? how do you tell them that there are standards in place, that the collection is curated? what about if they beg and beg, because you're not firm enough? what then? perhaps their friend got in, since they studied at art school and produced quality works. how do you reject them, without them realising the implication?

this is my dillema- i don't want to be mean. i don't want to feel like i'm gatekeeping. every single work is valid, a wonderful act of creation. pen onto paper. but not every single work warrants the same amount of attention. the gallery is not designed to hold everyone. even if it could limitlessly expand, noone wants to spend 10 hours having to find the golden nuggets amongst haphazard scribbles. it was never about inclusion, it was about exhibition.

i am an underpaid curator, working overtime without pay.

and for once, i wish people could understand my thoughts without them having to spill. i don't want to use a rejection stamp. my hands quiver above the paper.

and in the end, i just stare at the paper. the stickmen look back.

it's been a while! i talked about this in my 2021 reflection more so i won't repeat myself, but my goodness i missed this site. i finally have the motivation to work on this..so i'm going to take hold of it while i can.

i've been.. i've been surviving. if you care to know more, just read the reflection. so...anyway.

i'm super happy with how this layout came out! i got a ton of inspiration suddenly. it's inspired a lot by some older tumblr themes i used to like, amongst other things. it's almost a shame that this layout won't see much use, since it's already the end of the month. i guess i'll just have to out-do myself with the february layout! :'D

the job centre is trying to force me into a role, and i'm nervous. something about working on the phones for track and trace? i'm going along with it, i really do need a job and i'll take what i can. but i'm also very nervous around phones. and nervous in general... i'll try my best though! i have some forms to fill in today, and an induction day on wednesday, supposedly. i'll try to update on it. if it does end up leading to employment, future laika will be interested in rereading it.

on the more mundane note, i realised that making french toast was just..something i could do.. and my god, i wish it'd dawned on me sooner. it's been years since i had it.. but i could have just been eating it when i wanted to.

i think that's all i have to say for now...! it's weird, i feel like i should have much more to say. even the 2000k words i unleashed in the reflection doesn't feel like enough. but as i write this, it's just not coming to me. so.. i guess i've said enough! goodbye, until my next entry!